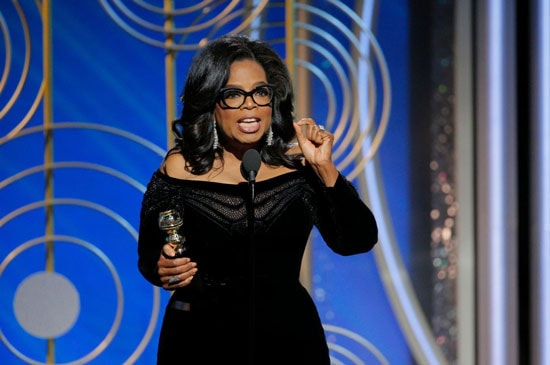 There are numerous factors that could have contributed toward the slight decrease in viewers for the 2018 Golden Globes. The decrease this year could have been due to social media. The clear majority of the population depend greatly on their technological devices and social media accounts. This can lead to negative impacts on television ratings and an advertiser’s audience.

The people who are connected to multiple social media accounts instantly have more of an advantage in staying up to date on the latest news that is occurring without physically having to watch the segment on television.

For example, instead of watching the Golden Globes on TV, people now have the accessibility to log into their Facebook, Twitter, Snapchat or Instagram accounts and see what other people they follow are saying about the Golden Globes. This is a new trend that is becoming more and more preferable today because people now can multitask, sidestep the commercials and still remain updated with the latest news.

We didn’t even have to look up from our phones to know what happened during the Golden Globes. Oprah made a speech? We saw a video of it two minutes later on Twitter. James Franco won Best Actor in some category? Someone at the awards took a photo of it and it was up on social media right away. We knew who won, who made a memorable speech and what they wore all while it was happening live on our TV screens, the screens we weren’t watching.

Since the Golden Globes viewing audience only dropped a small five percent this year compared to 2017, this is obviously not a pressing matter at the current moment. Yet it is definitely something that advertisers should stay aware of and keep in mind for the future while possibly thinking about transitioning their television advertisements towards social media in order to keep all audiences still involved.

Read more about the decline in the Golden Globes viewings here.