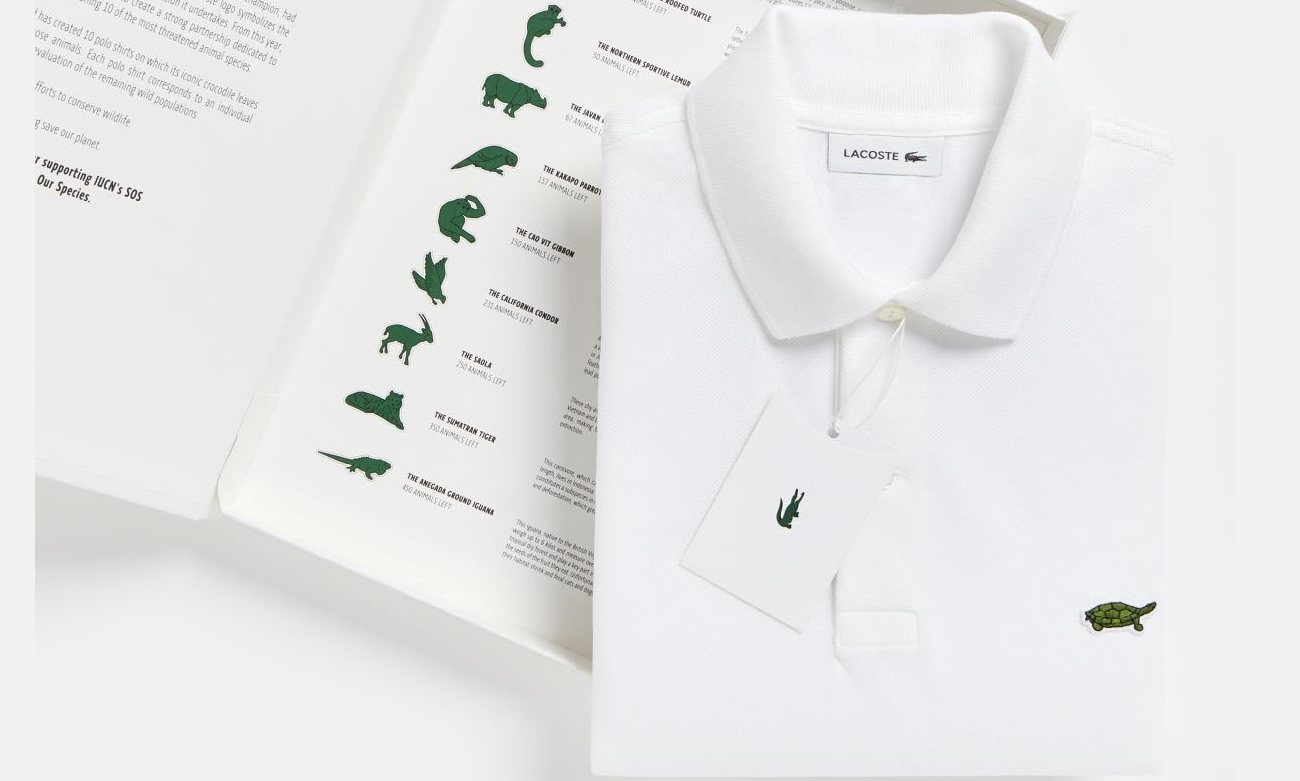 Lacoste For A Cause

Last week, Lacoste announced that it replaced its famous crocodile logo on limited edition polo shirts. We’ve seen brands release limited edition merchandise as more of a marketing tactic to promote exclusivity and generate buzz in the past. This time Lacoste is doing so to raise awareness and support a very important cause.

When buying a polo, you participate in helping Lacoste and its partnership with the International Union for Conservation of Nature (IUCN) in the fight for wild life conservation.

Let’s take the time to commend Lacoste and how they are using this unique platform to raise awareness of the very important issue of endangered species. This can bring conversation to the table of how other brands can raise the same awareness of other causes. It’s an interesting trend to keep your eye out on and see how one can incorporate it into brands.

Check out how many shirts Lacoste is making for each species: https://www.lacoste.com/gb/saveourspecies.html